What interface languages are available and how can I change it?

⚠️ This only refers the app's interface language (i.e. the language used for buttons and labels in the app itself).
You can use Wokabulary to learn any language of the world.

What language apps start in, is determined by macOS and iOS:

If your iPhone or Mac is set to any of these langauges, Wokabulary will automatically use that language for the interface.

If your iPhone or Mac is set to a langauge not supported by the app, iOS and macOS will refer to a preset list of alternative languages. You can view and edit this list in the System Settings under Langauge & Region: 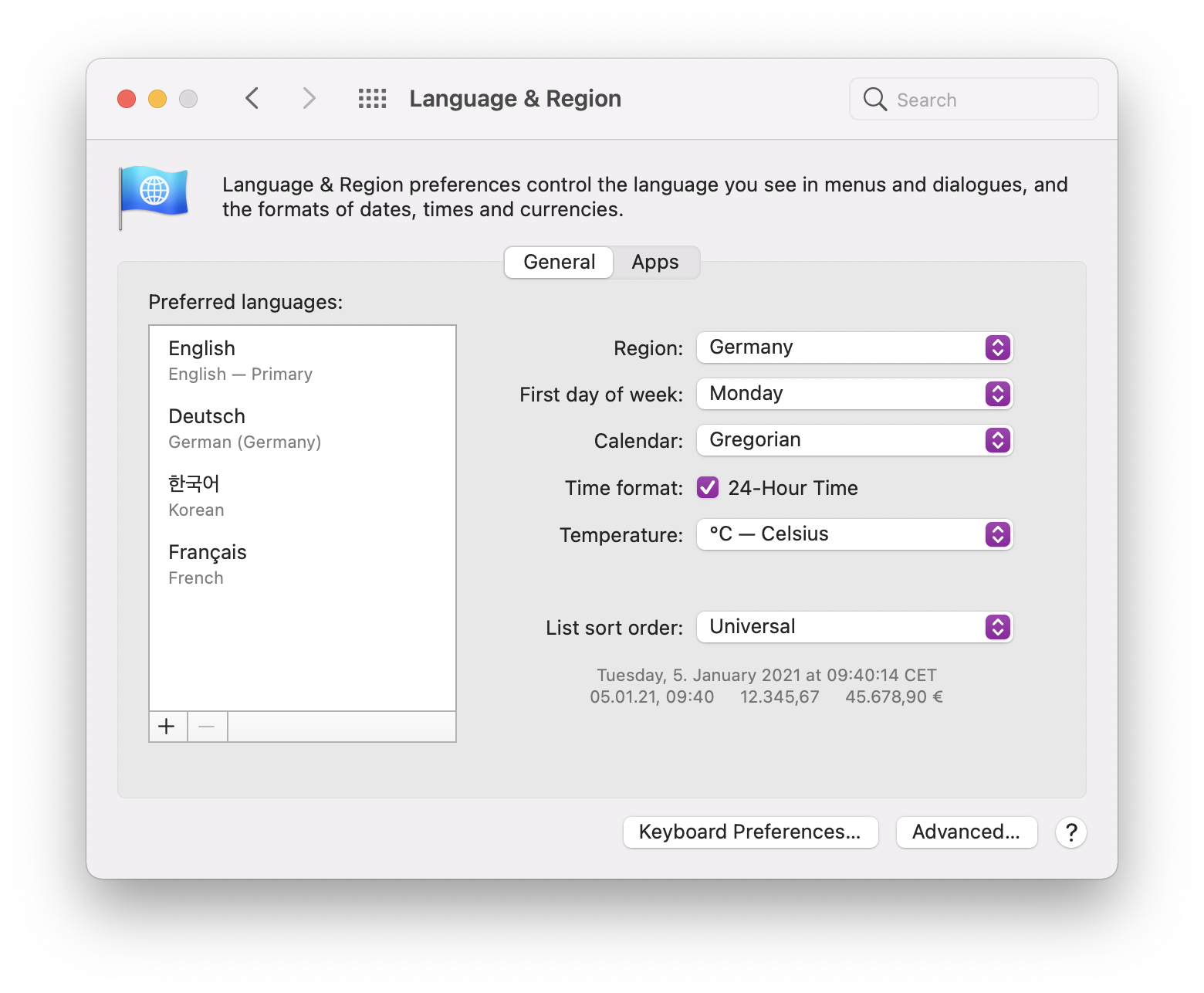 If an app's interface is not available in top prefered language, the system will pick the next available language in this list.

Make sure to make this list reflect your language skills and preferences.
After changing the preferred languages, you will need to restart Wokabulary.